During yoga on this past rainy Sunday morning, under the palapa at Ak ‘Bol, my gaze was drawn to an osprey cruising the shore, then diving into the water for breakfast. I was in downward dog, so the whole scene unfolded with my head upside down.

Later, as my head rested on the floor, I looked through the planking with one eye into my own private aquarium.  Sargent fish and needle fish were swimming in and out of my view in the crystal clear green water.

Honestly, yoga just doesn’t get any better than that.

Lately, though, the yoga has gotten really, really good.

As have the many other options for exercise and fitness on this island. In fact, I wouldn’t be surprised if Ambergris Caye were entering a sixth wave of awareness.

You can see it in the marked increase in the number of foot races and bicycle races, the sports clubs and dance exercise studios and Crossfit training boxes. Without a doubt, the paving of the road north has opened up this part of the island to more bicyclers and joggers than I have ever seen in 2.5 years here.

As for yoga, Ak’Bol was the vanguard. Owner/founder Kirsten offers daily classes in the most beautiful setting imaginable. Her boutique resort is also open to retreats from around the world, bringing in new teachers with different styles and philosophies.

Recently Ak’Bol hosted a 200-hour yoga training retreat for about 20 future yogis. Residents were able to participate in morning and afternoon sessions,  each offering a different style of yoga. That experience was followed by a weeklong retreat for devotees of power yoga, a physically demanding practice (for me) that left me gasping for breath. Another retreat began on Sunday and features a teacher from South Carolina whose style can best be described as eclectic and supportive. She is teaching two classes a day for retreat followers. They are open to all.

No teacher on the island is more nurturing and supportive than Tara at Zen Belize in downtown San Pedro. I may be biased because Tara has been my go to teacher almost the entire time we have lived here. Her classes can be demanding but they also take on a dream-like quality as Tara’s soft voice takes you through the positions. She is most encouraging and often adapts classes to the needs and skill-levels of the students.

The newest yoga opportunity on the island is Go Yoga, which has several on-call teachers working out of studios up and down the coast of Ambergris Caye.

For all the different yoga studios on Ambergris Caye, check the Facebook pages and websites for the latest class times and types of programs available.I have linked to them above.

During Sunday’s International Day of Yoga celebration at Ak’Bol, Kirsten asked the people present what attracted them to yoga. The answers were just what I would have said — health, strength, a limbering of the muscles, peacefulness . . . .

I am working toward all those things as I attend classes around the island, as many as five a week, lately. It has been a Sisyphusian adventure/challenge for me. I reach a certain level of proficiency (I can almost touch my toes with straight legs!) and then my health goes bad and I begin to slowly start over. 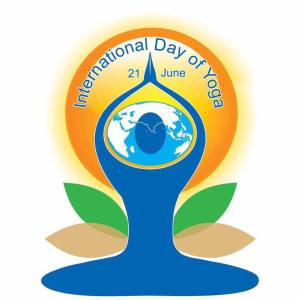 It is a lot less frustrating than it sounds. I don’t aspire to perform feats of body twisting amazingness, like the flying crow pose. Which I have never ever done. Just so you know. Or upward bow pose, which I think I may have done while in my 40’s.

I do aspire to remain healthy because, damn it, I love living in Belize and the best way to get the fullest experience out of this amazing country is to be as healthy as possible. Even if that means joining a Wednesday walking club, which might stop at several bars as it covers the distance between Wayo’s Beach Bar and Crazy Canuck’s — and back. Yes, that is a real thing and I’d like to join them some day. They even have t-shirts for members.

Lots of people feel the same way I do — about staying healthy. If for no other reason than trips to the Mainland or Merida or back to the Homeland to deal with medical issues can be an enormous inconvenience – and expensive.

This isn’t just an expat phenomena. Many of the runners and most of the competitive cyclists you see on the road are Belizeans. Competitive Cycling has a long and storied tradition in Belize. As does race canoeing and kayaking. Most competitors are Belizeans.

Our national football team is breaking into higher and higher ranks in the world competitive scene, even inching toward World Cup eligibility. At a local level, competitive football is hugely popular. The local San Pedro Catholic School’s elementary school teams made a big splash on the mainland recently. San Pedro High School’s men’s and women’s teams in softball, football and volleyball are also very competitive.

The island’s semi-pro basketball team, the San Pedro Tiger Sharks, is dominant through all of Belize. Three times they have arrived at the finals, taking the national championship the first two times.

In fact, sometimes it feels like Ambergris Caye is a sports incubator for the entire country. Athletes come here to train and compete at all levels. A world-class football (soccer) field is nearing completion in south San Pedro. It will be the first on the island with all-weather artificial turf. All island teams, until now, have played on packed sand or hard ground, which can be challenging when they go to the mainland and experience turf for the first time.

Every day, it seems, some new and exciting form of exercise is being introduced to the island.

And me, I’ve begun re-introducing myself to the oldest form of exercise known to mankind: Walking. When practical, I’ve begun weaning myself off the golf cart and simply walked to where ever I need to go. My sense of time needs adjustment — I’ve missed a few yoga classes at Zen Belize when I’ve simply run out of time. Fortunately “running out of time” puts me close to my favorite hangout in town, The Coffee Bar on Front Street where an ice coffee and Wifi puts everything right again.

Besides, I get to walk home again when I’m done.

Ah, good eye! I should have mentioned the picture is OLD. The water is gorgeous.come on home!